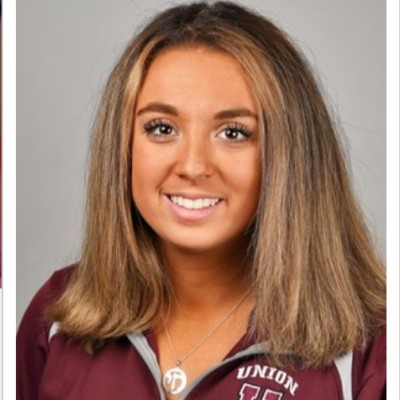 This week’s Steinmetz Spotlight is Stephanie Heiberger. She is a senior Biology major with a minor in Math from Randolph, NJ. Her research focuses on the use of CRISPR, a method of gene editing, on Pleurotus ostreatus, or the oyster mushroom.

She writes about her project, “One important application of the CRISPR method of gene editing is to discern the function of a specific gene. Specifically, one can use CRISPR to “knockout” a target gene, and then infer function from the observed resulting phenotype.

CRISPR utilizes a two-component system, consisting of an expressed endonuclease called Cas9, and a gene-specific guide RNA (gRNA) to which it is complexed. The overall goal of this project is to utilize the CRISPR/Cas9 gene-editing technology to discern the role of the Tea1 gene in the mushroom-producing fungi Pleurotus ostreatus.

The protein product of Tea1 has been identified as a key transcription factor regulating growth and differentiation in the related fungus Schizophyllum commune. We hypothesize that a CRISPR-generated Tea1 “knockout” in Pleurotus will show similar defects to that observed in S. commune.”

When asked about the most rewarding part of the research process, Heiberger cites the experience of being involved in a rapidly evolving field of research. She writes, “While this is a small-scale application of the CRISPR gene editing method, it is rewarding to be able to do research using a method that could potentially change many aspects of medicine in upcoming years.”

According to Heiberger, the most challenging part of the research process was that “there was a chance that even after completing the necessary transformation, due to the need for extreme specificity in the CRISPR/Cas-9, it was possible that despite changes in the growth and differentiation in the fungi, it was not due to CRISPR taking place.”