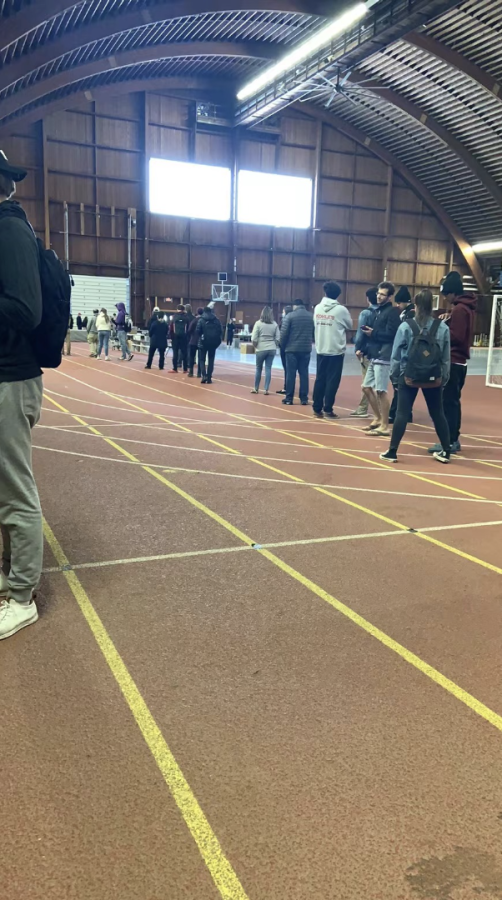 Line congestion at Fieldhouse during the first week of returning to mandatory COVID-19 testing.

Though Union’s preventative policies for preventing the spread of COVID-19 have seemingly been effective, the most frustrating part of the college’s policy as of late has been the weekly mandatory testing for the entire campus. Even though over 1,500 individuals are being tested weekly, the testing center is still operating under reduced hours, making it incredibly difficult to get to the testing center every week.

I understand why we need to get tested weekly, don’t get me wrong. It is important for us to know if we need to go into lockdown or change policies, and we can’t know that without testing. However, it’s unreasonable to have the testing center be open for 4 hours on two days, with the final hour being during common lunch. It’s unreasonable to expect the entire Union community to always be able to appear during this period over the weeks ahead.

In addition, we aren’t required to wear masks at the moment, which means that even though students are testing, we aren’t really preventing the spread of COVID-19 in the first place. The majority of students I see around campus do not wear masks anymore, even if they are coughing obnoxiously throughout class. So, even with testing, there aren’t any real preventative measures outside of that. If one individual gets sick but decides to come to class anyway and cough all over the place, many people may get sick and there’s nothing preventing it.

I don’t know what I’d propose to make the hours more accessible; as it stands, a quarter of the time devoted to testing each week is when everyone is “free” due to common lunch, but often common lunch is dedicated to club activities and extracurricular endeavors. The other three quarters of the time is during classes, and if you have a Tuesday/Thursday class, it eats into a good portion of the time on that day. My schedule thankfully lines up well enough with the testing hours, but I also know that it generally isn’t good to try to squeeze over 1,500 individuals into a space in the span of 4 hours over two days.

Union is between a rock and a hard place with this, and I get it. No one wants to volunteer because there isn’t really something for them to get out of it, and therefore the hours are reduced. However, because the hours are so limited, we see huge lines coming out of the testing center because it takes a while for each label to be created (and sometimes, there are technological difficulties with printing). In spite of how difficult it is, Union needs to find a better solution for weekly testing, whether it be having students pick up tests on their own or simply having people schedule appointments. Right now, the testing hours are just too limited for students, staff and faculty to comfortably be able to test weekly.