Deforestation in Brazil: U-Sustain weighs in 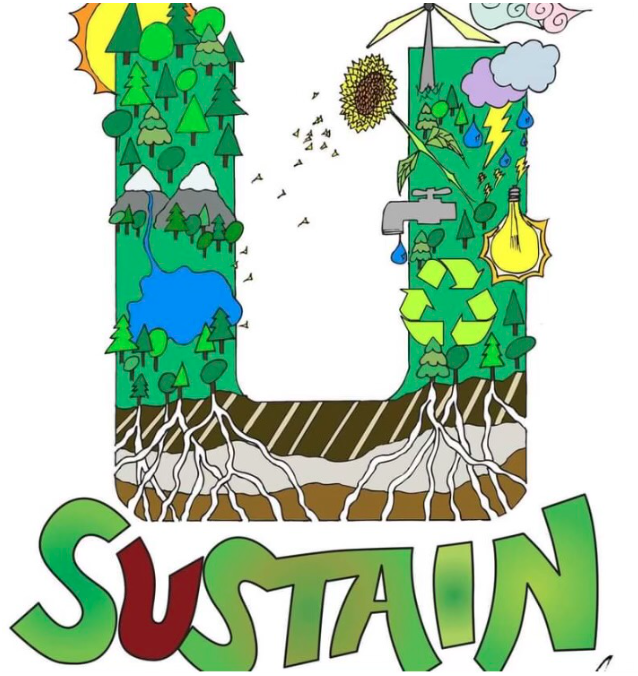 U-Sustain is the student-faculty-staff run group dedicated to promoting sustainability, lowering ecological footprint, and developing an eco-friendly environment on campus.

Deforestation, or the intentional clearing of trees from the land, has reached a record high in Brazil. According to Brazil’s National Institute for Space Research, 363 square miles of forest were cleared between January and March of this year. Researchers found the percentage of forest cleared went up 64% from the same period of time in 2021 when 221 square miles of forest were cleared.

What makes this an even more pressing issue is the fact that Amazon holds a great amount of life. According to Vox, Amazon itself “stores 123 billion tons of carbon. Some 60 percent of the Amazon is located within Brazil, which is home to more than 900,000 Indigenous people today.” Many of the Indigenous people, or land protectors, take it upon themselves to safeguard the ecosystem but are finding it increasingly difficult with the alarming amount of deforestation occurring. Indigenous groups’ lives are being impacted by deforestation because they rely on the rainforest to survive. All their food, culture, and way of life are derived from the Amazon rainforest. Now that the forests are being cut down, Christian Poirier, who is a program director at Amazon Watch, told Vox the peril the rainforest faces “opens up Indigenous territories to wholesale destruction.

According to CNN, ever since President Jair Bolonaro came into office back in 2019, there has been a limited amount of environmental protection due to “they hinder economic development that could reduce poverty in the Amazon region.” Whatever forest activity has been occurring in Brazil was found to be illegal, and only continued at an increasing rate under Bolonaro’s leadership.

It doesn’t matter where it occurs, any amount of deforestation is contributing to climate change, increased greenhouse gas emissions into the atmosphere, and so on. Here at Union College, U-Sustain has tirelessly worked towards not only coming up with ways to make Union College more sustainable but has also focused on spreading awareness regarding a plethora of environmental concerns on a local level as well. For instance, to preserve biodiversity, U-Sustain helped Professor Ramasubranian halt pesticide usage on weeds and dandelions surrounding the Nott, and other areas on the campus. Additionally, to educate others on sustainability activism, U-Sustain participated in conferences with other colleges as well. Three members of the U-Sustain e-board, Hailey Stoltenberg ‘23, Ashley Dell’Oso ‘24, and Nima Darafshi ‘24 had kindly agreed to discuss the devastating impacts of deforestation.

During the interview, Stoltenberg and Dell’Oso explained how contributors such as fossil fuels, and factory emissions impede a constant cycle, consistently fueled by human consumption. Darafshi points out the other alarming contributor of illegal sectoring. As seen in this scenario of deforestation being done illegally in Brazil, Darfshi adds that there have consistently been cases of areas that are illegally sectioned off for the purposes of deforestation. As a result of these contributors, the consequences that precede are alarming. Stoltenberg explains carbon sequestration, a process in which the amount of carbon dioxide is reduced in the atmosphere, or in other words, carbon storage, is hindered by deforestation. Carbon sequestration is used to combat the effects of climate change.  However, since this process is done through plants, deforestation is preventing this process from occurring. Additionally, as seen with the reliance of the forest by the indigenous groups in Brazil, a number of species are being negatively impacted. Dell’Oso explained how deforestation can be thought of as a cycle that includes a “snowball effect.” The more habitat lost, the more species are affected making predator and prey populations diminish. Since everything is reliant upon one another in the environment, if one part of the cycle is negatively affected, everything becomes negatively affected as well.

Stoltenberg, Dell’Oso, and Darfshi explained the importance of spreading awareness on issues such as deforestation. They emphasized politicians will commit but show no concrete form of action. Due to this, any form of progress is hindered. All three members emphasized, “there is always more to be done.”