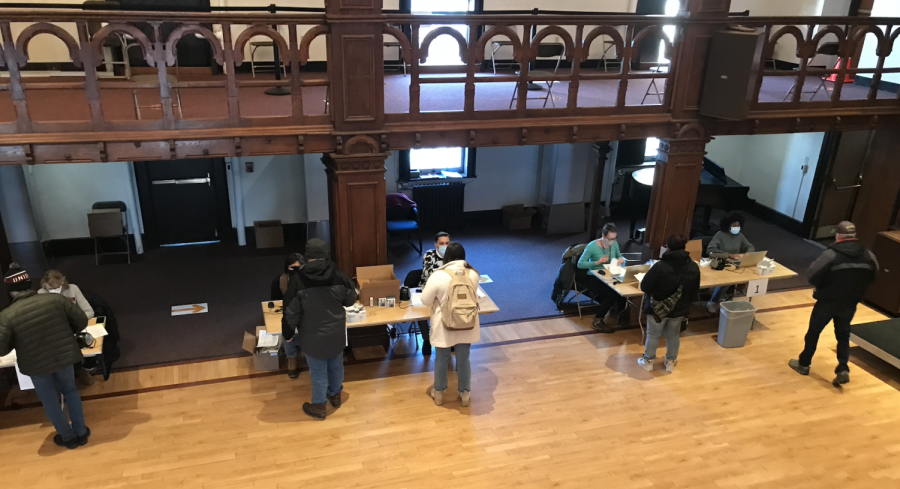 The return of Union College’s student body comes in the midst of a new wave of infection due to the Omicron variant of the COVID-19 virus. Union’s return policies, the postponement of in-person classes until Monday, January 10 and the testing policy of twice weeks two and three of the term. However, Union is by far not the only college to delay the start of their terms. Many other universities across the country have also implemented new measures to stop the spread of this more infectious variant. While it is too early to determine if Union or other school’s policies will be enough to combat the spread of the virus, they provide insight into the different ways that colleges are trying to keep their students safe.

St. Lawrence University, which experienced a large spike in COVID-19 infections during their fall term. St. Lawrence had by far the most infections at the time within the Liberty League, in which Union College competes.  St. Lawrence’s campus operating status is currently at “moderate risk,” the same level it was at during the height of the fall outbreak. This level of operation limits room occupancy and food delivery options. St. Lawrence is returning to its previous semester system with classes fully in person. According to their website, St. Lawrence’s athletic policy is following NCAA guidelines, which do not restrict attendance of games by spectators. There will however be weekly testing for “those that are most vulnerable to hospitalization and severe disease, such as the unvaccinated.” Testing is available at request otherwise. Booster shots are required for all students.

Vassar College has opted to delay the start of in person classes for three days. According to Vassar’s website, there seems to be no plan for regular testing, although all students must be tested twice within the first week of arriving on campus, on initial arrival and three to five days after as well. While students can test on Vassar’s campus, employees not living on campus must get tested off site elsewhere in Poughkeepsie. Vassar’s gyms will be open and masking is not required while exercising. Booster shots are also required at Vassar.

SUNY Albany has delayed the start of their spring term to Monday January 24. As such, this has shifted the entire term back by five days. Like St. Lawrence and Vassar, Albany is promoting booster shots for students. This includes restrictions on the locations that students without booster shots can eat according to the SUNY Albany website. Those with exemptions to vaccination or booster shots must also undergo regular testing weekly.

Skidmore college is also delaying the start of its classes one week until January 25. Those classes will either be online or in person at the discretion of the professor. Skidmore will open the term at a “Yellow Status” according to the college’s website which indicates the potential for a high rate of transmission and mandates the wearing of masks at all times indoors. Students at Skidmore will also have to test twice the week of their arrival on campus.

Rensselaer Polytechnic Institute has delayed the date for students to move in from January 8 until January 17. Classes, which have not been delayed, will continue online through January 23, and, based on numbers of cases reported at RPI, may resume in person thereafter.  Students must test upon arrival at college and once weekly after. The dining hall, as it has been at RPI through the COVID-19 pandemic, will be by appointment. Students at RPI are also required to get booster shots. “I have seen the severity and everyone around me is currently getting sick,” says Ben Haft ‘23, a Residential Advisor at RPI. “Online classes are hard and I hope that I can go back to in-person. I don’t feel comfortable going into a class with 80 people.” RPI prohibited outside spectators from attending sports events during the fall term, a policy that Union College has now adopted.

Currently, according to the Union College COVID-19 dashboard, there are a significant number of COVID-19 infections. Since January 1, 2022, Union has completed 3,054 tests of which 151 were positive. As of January 11, 78 individuals are in isolation–17 faculty and staff and 61 students. With Union’s early return to classes it remains to be seen how effective Union’s policies will be in comparison to those of other schools.