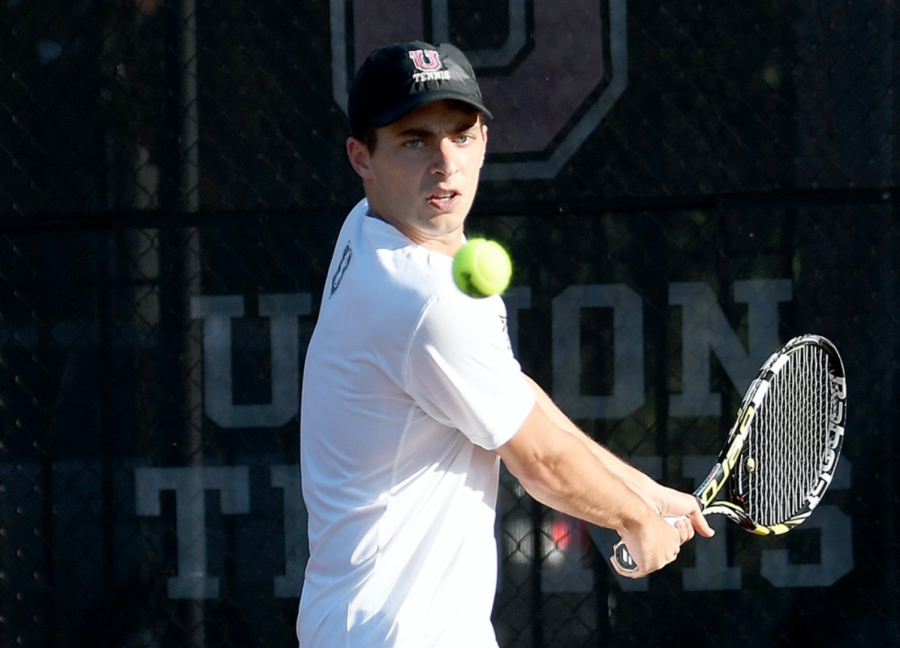 Over the weekend, the men’s tennis team had a 6 -3 win over Rochester Institute of Technology. They now have a 2-1 record in Liberty League play.

Seniors Austin Egna ’21 and Max Egna’21 were key contributors to their win. Austin and Max were partnered in doubles for an 8-4 win at third doubles. Their doubles win was the only victory in the doubles matches for Union. Austin Egna continued on to win third doubles and earned a 6-2, 6-2 win over RIT’s Ethan Martin.

In the remaining five singles matches, Union won four of those matches. Aidan O’Brien ’23 had a 6-4, 6-3 win over Verosh Jayanetti. This win tied Union and RIT and 2-2. Austin Egna’s singles win put Union in the lead. The Dutchmen continued to further the score between RIT with singles wins from Thomas McGuire ’23, Bailey McAtee ’24, and Cameron Klepper ’22. Thomas McGuire won fourth singles 6-1, 7-5. Then Bailey McAtee had a 6-4, 6-3, win at fifth singles. Cameron Klepper closed the day with a 6-3, 6-2 win at sixth singles.

Their only loss of the day in singles came from Ioannis Binopolus ’22 who lost against Brennan Bull with a 6-1, 3-6, 1-6 loss at the first singles match.

The men look forward to continuing their winning streak as they face Skidmore next week in Saratoga Springs.