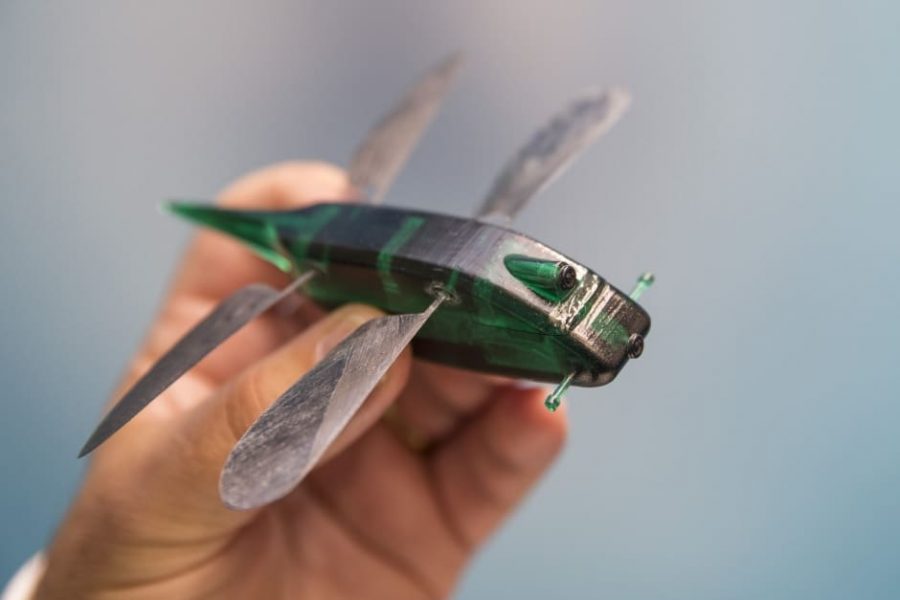 In our modern society, we see large drones everywhere. They can be purchased as a toy, used as cameras, and have a wide variety of different applications to life as we know it. However, it is very rare that we see smaller, insect-size drones, and that’s not just because of how small they could be. According to MIT Assistant Professor Kevin Yufeng Chen, it’s very difficult to construct drones of smaller size because of the materials that need to be used. Things such as motors or electronics that work perfectly on larger drones are too big for tiny drones and do not function nearly as well when shrunk down to fit. Additionally, tiny drones have to be able to withstand the same conditions as their larger counterparts and be just as, if not more, sturdy and functional.

Until Chen’s research, the most popular design of a tiny drone implemented a ceramic-based construction. While functional, the drones were incredibly fragile, and often failed when put to use. Chen discovered that he could create a more resilient, more functional mini-drone through the use of carbon nanotubes and rubber cylinders. When electricity is applied to the nanotubes they squeeze the cylinder and continued action causes the robot’s wings to beat quickly, allowing it to achieve flight. Able to flap nearly 500 times in a single second, this design allows the robot to be significantly more durable. Similar to the action of swatting away an annoying bug that seems to always continue to return, the tiny drones are able to withstand hard hits and keep going. They can perform a number of different maneuvers, such as somersaults and flips, while flying, which greatly opens up their capabilities.

This discovery has endless potential. These drones give us insight into how insects function and also have potential industrial assistance capabilities. One possible use for these drones is that they could fly inside of large machinery and check for imperfections that humans can’t reach. On top of that, the search and rescue potential for them is incredible. Following disasters in areas where it is difficult for people or larger drones to investigate the area, they can explore situations and help us determine the best way to help.