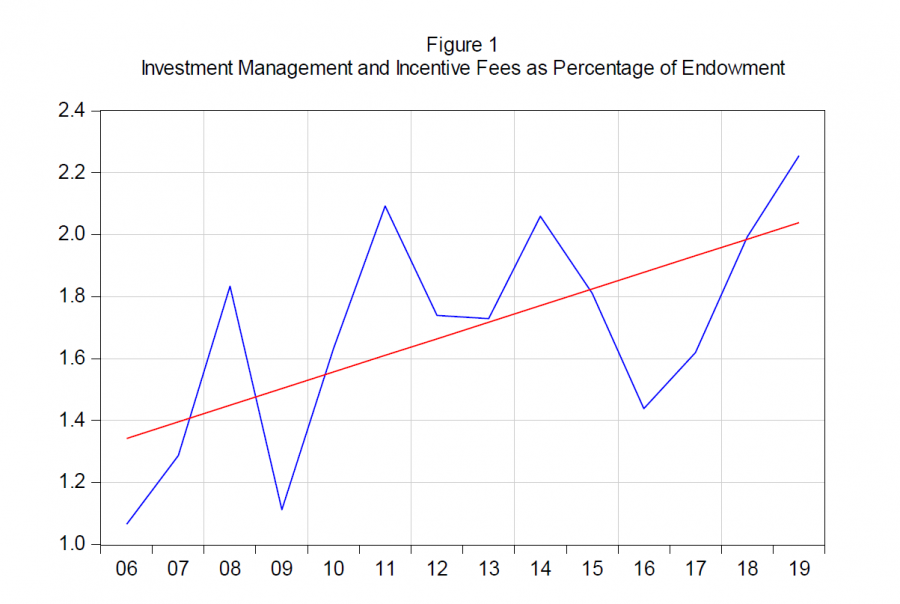 ***This article is solely based on the research work conducted by Professor Motahar and interviews conducted by Harrison Berger ’23 that were shared with the Concordiensis.***

In January 2021, Professor Eshragh Motahar from the Union College Economics Department publicly released a report analyzing Union’s endowment investments. On March 10, he discussed the findings of his report in an event hosted by the Young Democratic Socialists of America (YDSA) chapter at the college. The report suggests that the college has been spending large amounts in investment management fees and incentive fees for investments that the report shows yield low returns.

Motahar told Concordiensis that he started investigating endowment performance four years ago after a Union alumnus who now works in the Finance sector in NYC pointed out to him that the Union’s endowment is poorly managed on a structural basis. After receiving no response on the matter from Diane Blake, the Vice President for Finance at Union College at the time, he started “examining Union’s annual Financial Statements covering 15 years and its IRS-990 tax returns covering 11 years”.

According to Motahar’s report, in the period 2006-2019 there was a 109 percent increase in the investment management and incentive fees paid by Union, while the investments underperformed the S&P 500 by 3.4 percentage points. Professor Motahar explained in the YDSA event that the S&P is a stock market index for the performance of the top 500 companies in the U.S. stock market. He further explained that it is his conclusion that had Union practiced a “passive investment strategy”, that is invested in a diverse set of assets rather than concentrated amounts in remote companies, “the college would have accumulated $189 million by the end of 2019 on top of its endowment”. Instead however, according to the report for the period 2013-2018, on average 44 percent of the endowment had been invested in Central America and the Carribean. “We can only guess that Union has put some portion of it in hedge funds and private equity funds that are located in the Caribbean islands, such as the Cayman Islands, because that is where many hedge and private equity funds are now headquartered,” Motahar told Concordiensis.

On April 27 2020, President David Harris announced a freeze on salary and wages as a part of cost-cutting measures for the COVID-19 crisis. This was accompanied by a one-year pause in the College’s contribution to its employees’ pension fund which is 11 percent of the employee salary, according to Motahar’s report. On January 29, during an office hour session hosted by the President’s Office, President Harris told Harrison Berger ’23, that this is just a temporary pause in those contributions, assuring that it will be reinstated in the future. In a document shared with the Concordiensis, Motahar illustrated the inequity introduced by this
“pause” to the retirement contributions with an example of two professors, A and B. He mentioned that if Professor A had 30 years until retirement and B had only 1 year until retirement, A would be impacted more negatively than B. In the footnotes, Motahar observes that A is more likely to be a person of color and/or a woman. “The long-run effects of the pause on the younger faculty are much more inequitable, by several orders of magnitude (as I have demonstrated), than on those members of the faculty who are closer to retirement,” Motahar said. He reiterated that had Union made passive investments since 2006 onwards there would have been enough returns to fund 34 times the amount required for retirment contributions for the faculty.

He further mentioned that if the college had simply just lowered the investment management fees and incentive fees by ten percent every year, then the amount would have been sufficient to cover the costs for retirement contributions.

At the YDSA event, Motahar also shared that Michelle Gibson, the VP for Administration and  Finance told him that the endowment “is managed by an investment committee, composed of volunteer trustee executives who have significant depth and investment expertise.”  Motahar mentions in his report that after consulting “6 independent experts/scholars” on their assessment of the report, all agree that the 2 percent investment management fees is excessive for the 6.5 percent rate of return.

Motahar concluded the event by highlighting that the management of the endowment has a far reaching impact on all budgetary decisions taken by the school. He hoped that more transparency in the procedure and more prudent investment can hopefully improve the situation. “Speaking of the need for transparency and accountability, I note that the reporting of investment management fees (including incentive fees) has been censored as of the 2020 Financial Statement,” Motahar told Concordiensis.

The report has been publicly available since January 22, 2021, when it was sent to the academics listserv, according to Motahar.  “I have been informed by faculty representatives on the relevant governance committees that the administration is aware of my report,” he said. Despite this, he has not received a concrete response from the college, he told Concordiensis. On reaching out to college spokesperson Phil Wajda, Concordiensis was informed that the college will be releasing more information on the endowment in the upcoming days.

You can read the full report by Motahar here====> https://www.unionaaup.com/budget