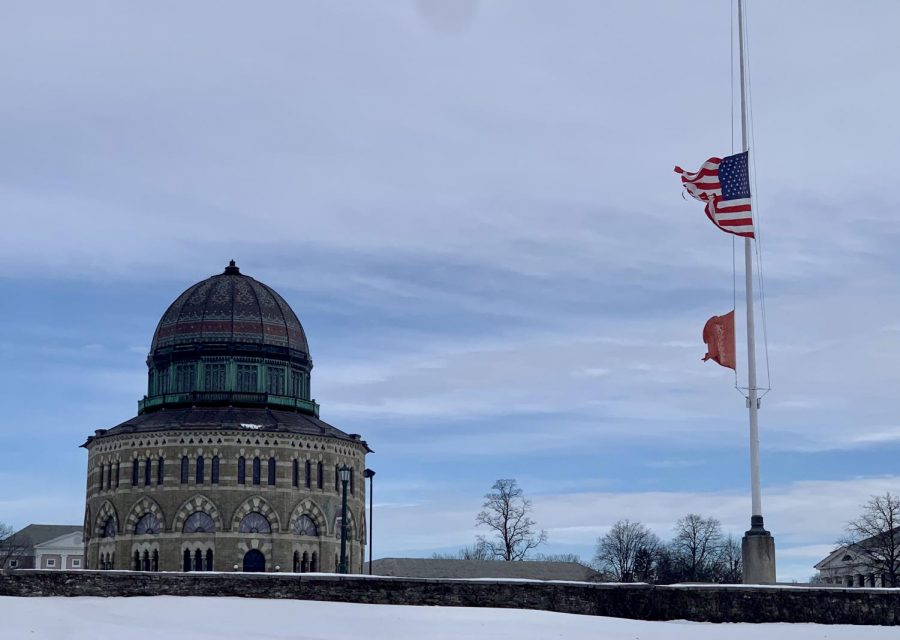 The United States has passed the 500,000 mark for the number of deaths suffered from the COVID-19 pandemic. The most powerful nation in the world, priding itself on having the most technologically advanced healthcare facilities on the planet has gained the notorious label of being the country that has arguably suffered the worst from this pandemic. Followed closely by countries like Brazil and my own native United Kingdom.

The former President of the United States, Donald J. Trump, who long trumpeted the still-to-be-witnessed “miracle” of the virus disappearing overnight, is assuredly directly-responsible for the pain and harm caused to the friends and families of those more than 500,000 victims.

The refusal of Trump, and the posse that surrounded him, also known as the Trump family, to follow the guidelines published by his own administration, most notably the importance of wearing a mask, is unforgivable.

To imply that those who wear a mask are weak and unpatriotic, as witnessed during a multitude of tirades, was not only unforgivable, but a downright death sentence for all those who took, and may still take, the right-wing ‘Messiah’s’ word as law.

Of course, we have all seen how certain groups and personalities in the media and  beyond have equated wearing a mask as being muzzled and having their freedom curtailed. The issue arises, however, around whether a person’s freedom not to wear a mask trumps another person’s freedom to a disease-free life.

No matter which way you look at it, the issue of medical politics is one that has plagued American society for a very long time. Whether this crisis enables a pivot to a more moralistic and humanistic approach is yet to be seen, although I won’t hold my breath.

Having a president like Trump, and a pandemic like COVID at the same time must be one of the worst cross-over events in history. A man so eager to cover his own behind and fill his pockets, while thousands are dying everyday, not only brings suffering, but also shows complete disregard to what America holds dear.