This article is a satire; the events described within are meant to be taken as a joke and should not be taken as more than such. 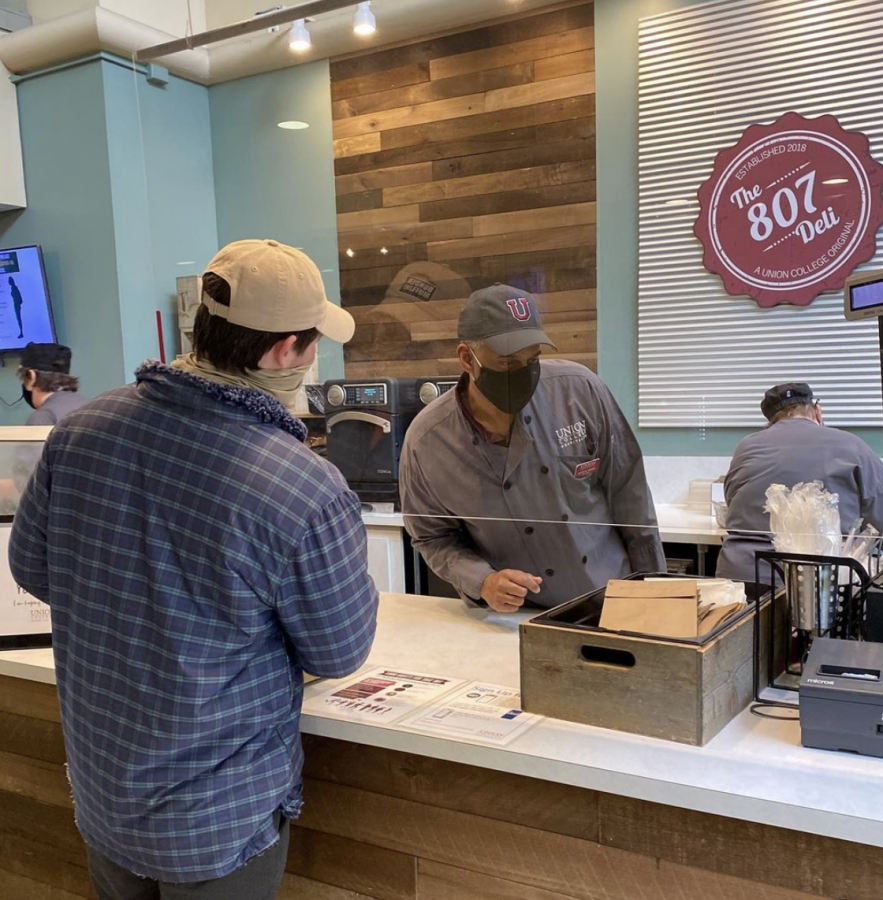 Note: Jonathan Doughnut is not the student pictured in this photo.

On Tuesday, January 19, 2021, Union College’s President David Harris offered a helping hand at the 807 Deli in the Reamer Campus Center. To show his solidarity with the Union Students as they undergo a two week quarantine due to COVID-19, President Harris was unafraid to get out there and give back to the Union Community.

At around 2:00 PM, the Union College official Instagram page made a note of President Harris’ deed, pointing out the post made to his own Instagram account. It appeared as if all had gone well, during that day, with little to no interruptions. A campus events email from earlier in the day would have students believe otherwise.

At 12:55 PM, an email was sent out by Jim Meagher, the Director of Union College Hospitality. This email stated that there was a closing at Dutch Hollow Grill, which includes the 807 Deli. Despite this, other dining halls and areas where food can be acquired remained open. This led us to speculate; what could have happened while President Harris was working behind that counter?

Upon further investigation of the sudden closing of the 807 Deli, we received an email from an anonymous student who had witnessed the real reason the area closed down. This student will be referred to as Johnathan Doughnut, to keep their identity secret.

Doughnut was ordering a simple meal from the 807 Deli; a quesadilla with cheese and beef. As they arrived at the campus center, they noticed smoke coming from the deli counter. They approached the counter to see that a piece of machinery had caught fire, with a very distressed President Harris behind the machine. Upon looking closer, it appeared that the machine was a panini press, which had been set aflame due to a panini being improperly inserted into the press. President Harris reportedly was seen repeatedly smashing the panini press with his fists, crying out “I try to make one sandwich–just one–and this is what you do to me!”

Thankfully, the fire was put out and no one was hurt. Doughnut was unable to get a photo of the incident, as they were so astonished by the fire being there in the first place they just didn’t think to take one. Despite this, the story is still quite an interesting look into the inner machinations of the 807 Deli, and how one bad panini can close down an entire area for food. It is unknown if President Harris will ever work behind the 807 Deli again, but if he does, we hope that the panini press is less flammable.