Review: Yves Tumor’s Heaven to a Tortured Mind is a step in the right direction for experimental artists 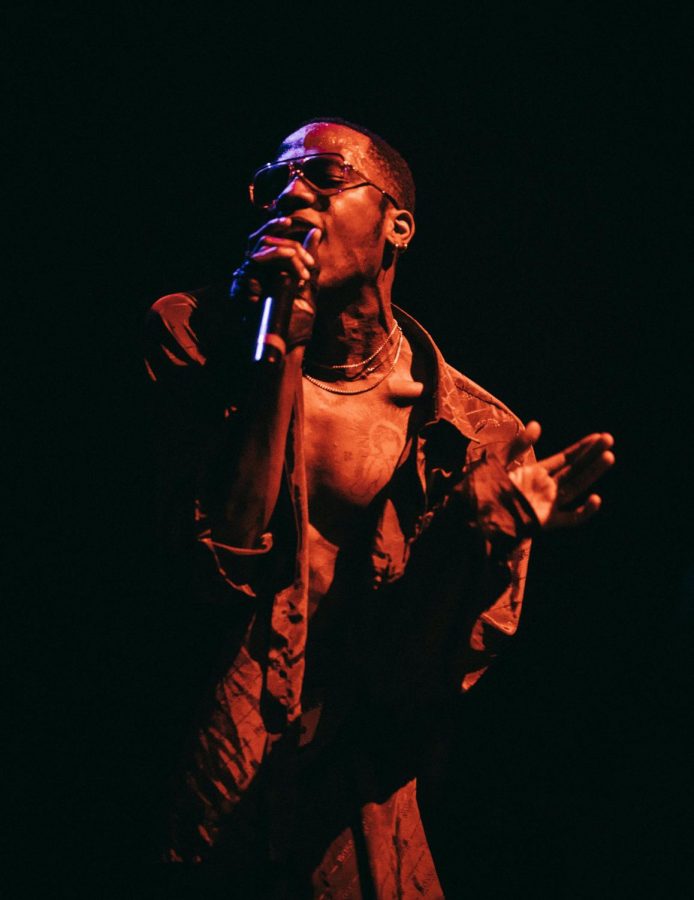 After “Kerosene!” Yves Tumor transitions into “Hasdallen Lights,” which I would position as an interlude in the album. There is, again, funky percussion accompanied by tweaked trumpets that highlight the reflective lyrics. Orchestral elements are present in this track. Yves utilizes these orchestral themes as a motif as this album seems to be a production about ideas that consume the mind, namely, love.

While I could go into more details about the following tracks, I just wasn’t impressed. “Romanticist” reminded me of a 2000’s Disney punk rock film; until the explosive and at this point, obvious, industrial break. The Disney punk rock film comparison is not necessarily a critique as I am very fond of that sound, but I am not sure that it worked. “Dream Palette” seemed like a song that did not make it onto Yves Tumor’s previous album, Safe in the Hands of Love. It is an amazing album that I still listen to, but I was yearning for something different from Tumor. An album should progress with new sounds, especially from an experimental artist.  “Superstars” has neo-soul vocals and screeching after effects but unfortunately doesn’t spark joy in my heart. The opening of “Folie Imposée” gave me hope, with witch house inspirations from the heavy synth texture, but by the middle, I found it boring.

However, “Strawberry privilege” stopped me dead in my tracks and made me think twice about the harsher criticism I had for the middle tracks. “Strawberry privilege” may affect my total rating of the album. The evocative feminine “bum bum bum” bums by Julia Cummings of Sunflower Bean, the marching band drum stirring, the amazing baseline, and Yves’ impressive upper register is what I felt like I was waiting to experience from this album. Such a wonderful track, with beautiful lyrics about a distant lover that did their job and dipped, accompanied by subsequent harmonies. It was genius accompaniment as Cummings served as that distant lover figure in the song. It felt even more beautiful that you could hardly make out the lyrics. That added to the personal nature of the track. “Asteroid Blue” was the exact contrast of the reserved previous song, finding bombastic tones to awaken listeners from the ethereal lullaby. The childish vocals from that song haunted me while the refreshing vocals and sound of “A Greater Love” told me it would all be okay. With obvious borrows from soul and rhythm and blues of the 1950/1960s, it spun the whole album in a new, restorative direction. It made me wonder- is this a new sound Yves will explore further?

Overall, even with my critical comments towards the middle of the album, I thoroughly enjoyed the journey Yves Tumor took me on. It’s hard to expect more from an artist that is already pushing the envelope. From the highlight tracks like “Strawberry Privilege,” “Medicine Burn,” “Gospel for a New Century,” and a few others, I know there are new realms Tumor has uncovered and should explore further. So with that, I would give this album a strong 8 out of 10. There were some very strong songs and some fairly weak songs in this album, but all of them are intrinsically interesting because Yves Tumor is interesting.