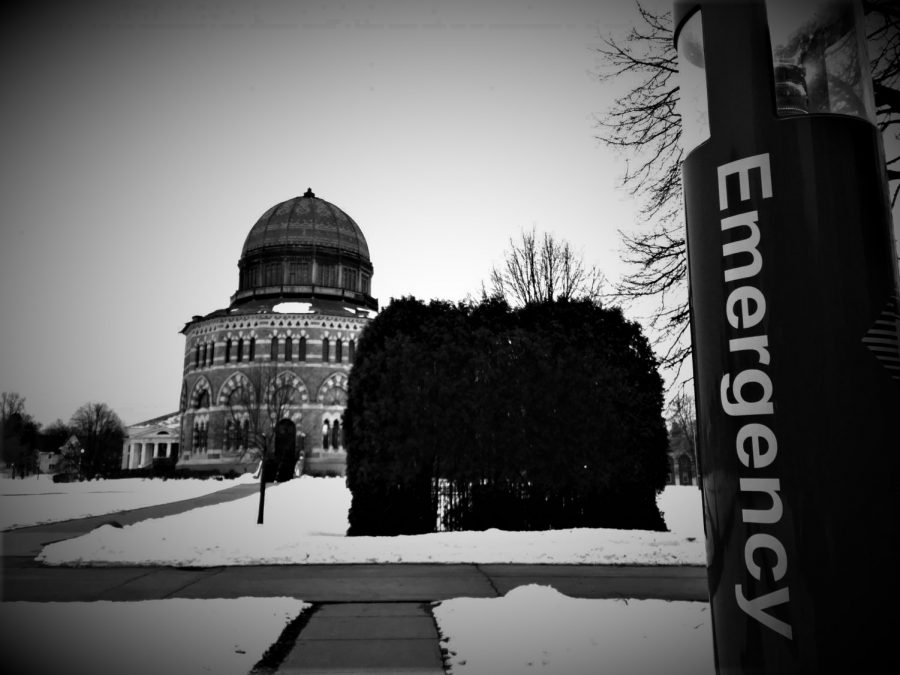 The Union College Board of Trustees has been sued by a student, under the pseudonym Jane Roe, who claims the school made a hostile environment for women after it allegedly mishandled a rape investigation and ignored her complaints of sexual harassment. This suit is different from a case brought forward by "Jane Doe" in March. That case has yet to be litigated.

Union College has been accussed of creating a hostile environment for women by a former student who, using the pseudonym Jane Roe, sued the school after it allegedly mishandled a rape investigation and ignored her complaints of sexual harassment. This is the second complaint filed against the school alleging sexual discrimination on the basis of mangling sexual assault cases.

The alleged assault in question took place during Roe’s freshman at Union. You can read the full suit here.

The suit offers this narrative: On the night of the purported assault, Roe, her assaulter and their mutual friends went out to a party on or around January 6, 2017. First they went to an on-campus house, 203 Seward Place, where Roe consumed “approximately 11 shots of vodka and five cups of beer” in an hour. After that, they went to 821 Union Street, an off-campus house is currently associated with the Sigma Chi fraternity. The complaint does not state whether or not the alleged assaulter was a member of any fraternity.

The alleged victim left the fraternity stumbling due to intoxication and was carried back by the alleged assaulter to her room in Richmond House where she was raped. She did not remember the rape until months later, when she greeted the assaulter in the college’s Schaffer Library and he groped her. As a result, she experienced post-traumatic stress disorder flashbacks.

Roe argues that the Union’s response after this point was inappropriate and hostile.

She claims that she was not directed to appropriate resources after reporting her assault and that the investigative and hearing process were biased against her.

She also claims that the College did not take action to protect her from harassment during the proceedings and afterward. The alleged assaulter was not found guilty, but a no-contact order was in force. “Seeing that Union was not going to do anything to curve his behavior,” the alleged assaulter was “emboldened,” and continued the harassment, going as far as to grope Roe and whisper in her ear “You’re still mine,” the complaint states.

When Roe reported this to Title IX Coordinator Melissa Kelley, Kelley responded that she did not believe her, the complaint alleges.

In March, a woman using the pseudonym Jane Doe sued the school for mishandling a rape investigation. Doe alleged that the school gave preferential treatment throughout the investigative, hearing and appeals process.

Andrew Miltenberg sued the school on behalf of Doe. Upwards of five women who were current or former students are Union reached out to him after he filed the lawsuit concerning Title IX complaints in the school, he told the Concordiensis in March. Jane Doe’s lawsuit has yet to be litigated.

Miltenberg is representing Roe in her case against the College as well. He did not respond to questions from the Concordiensis.

While Jane Roe was allegedly raped over two and a half years the date that Jane Doe claimed she was assaulted, the complaints have some notable similarities:

Associate Director of Minerva Programs Laura Munkres and Associate Director of Campus Safety Thomas Constantine, who investigated both allegations on behalf of the school, interviewed the accused men before the women who came to the Title IX Office both times, according to the complaint. This does not violate the school’s Title IX Policy, but it is not recommended.

Both lawsuits accuse the school of granting favorable treatment to the alleged assaulters during the hearing. Roe’s character was allegedly attacked during the hearing. And additionally, the suit claims that Roe’s advocate was not allowed the same opportunities to defend Roe as the defendant’s attorney was given to defend the accused student.

The women claimed that they were harassed and bullied by their alleged assaulters months after the alleged assault. In Roe’s case, this harassment prompted her to leave Union.

The two plaintiffs allege that they were assaulted after attending parties on off-campus fraternities during their first years at college. Roe sued the school the same week that the Princeton Review named Union College the 12th biggest party school in the nation.

And both complaints accused the college of condoning, creating “and/or” being “deliberately indifferent to a culture of sexual hostility and violence against women” through their policies and practices.

The lawsuit was first reported by the Daily Gazette and the complaint was independently obtained by the Concordiensis.

“While it is not appropriate to discuss specific details of the suit, we remain confident that facts will show that this case was adjudicated in accordance with our established Title IX policies and procedures at that time. As is the case with all matters of this nature, we made every effort possible to support the individuals involved,” the College’s spokesperson Phil Wajda said.

This is a developing story. Check back for updates.