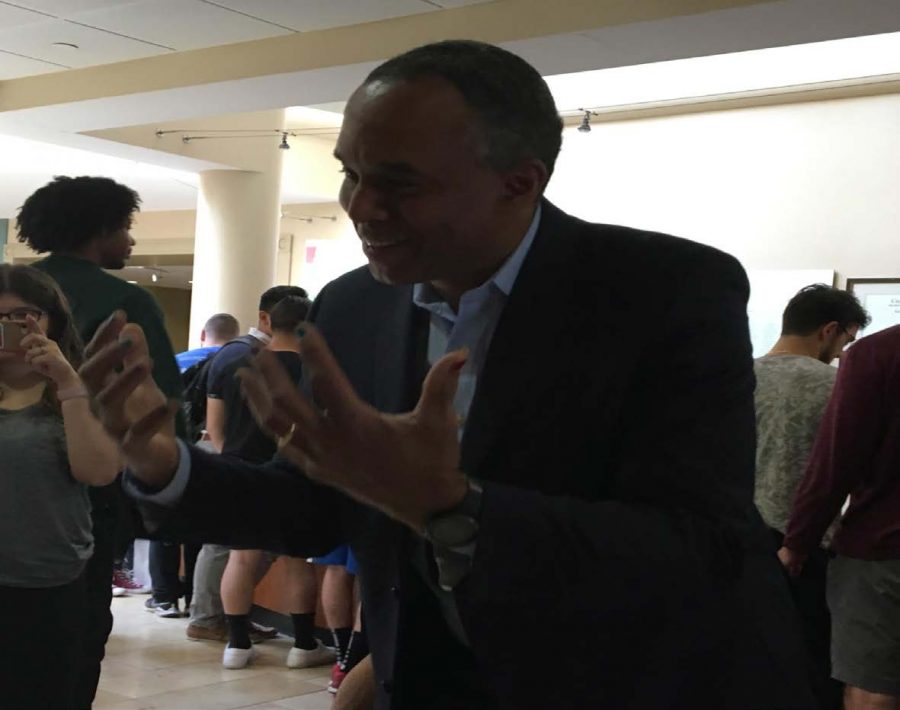 Dozens of students painted their nails in Reamer as a sign of support for the Lesbian Gay Bisexual Transgender Queer (LGBTQ+) community on Thursday, May 16. This was in response to an incident that occurred on Saturday, May 10 when a gay student was asked to leave an off-campus fraternity house, allegedly because he wore nail polish.

The student claimed that he went to 821 Union Street, which was associated with Sigma Chi, with a group of female friends. Although he was not the only male present in the house, he was distinguished by his painted finger nails. After being allowed to enter the house after waiting a period of time, a man inside requested to talk to him and questioned whether or not he was a Union student before asking him to leave.

In response to this event, Union Pride, in collaboration with the Panhellenic Council which is made up of Alpha Delta Lamba (ADL), SDT, Gamma Phi Beta and Delpha Phi Epsilon (DPhiE), distributed nail polish to fraternities and held the event in Reamer to paint the nails of people who wished to show their support for the LGBTQ+ community.

“Harassment like this must not be tolerated. It is up to us as a student body to make Union and Greek Life a safe place for everyone, regardless of their sexual orientation or gender identity,” said Alpha Phi Omega (APO) President Annika Eberle ’20.

The College’s Spokesperson Phil Wajda stated that the letter contained inaccurate information about the incident that had occurred. It is unknown whether or not the perpetrator is a member of Greek Life. The President of Sigma Chi declined to speak to the Concordiensis.

Leaders of Greek Organizations and Union Pride met on Tuesday, May 14 and created a petition for Greek Organizations to sign. This petition was proposed several amendments to the Constitution of Greek organizations, including a policy change that would involve requiring Diversity and Inclusion Chairs to “address the LGBTQ community in addition to their current responsibilities.”

As of May 19, 2019 The Union Pride Executive Board, The Office of Fraternity and Sorority Life, the Panhellenic Executive Board, Gamma Phi Beta, SDT, DPhiE, ADL and APO have signed the petition.

The Interfraternity Council (IFC), which consists of Kappa Alpha (KA), Alpha Delta Phi (AD), Chi Psi, Sigma Chi, Sigma Phi and Theta Delta Chi (TD Chi) have not signed the petition. The IFC has requested time to speak to their nationals to approve policy changes before signing the petition.